Common Law derives from the natural order and human reason, which is the basis of all law and governance.

Statute Law comprises the rules and regulations crafted by governments for their own upkeep. 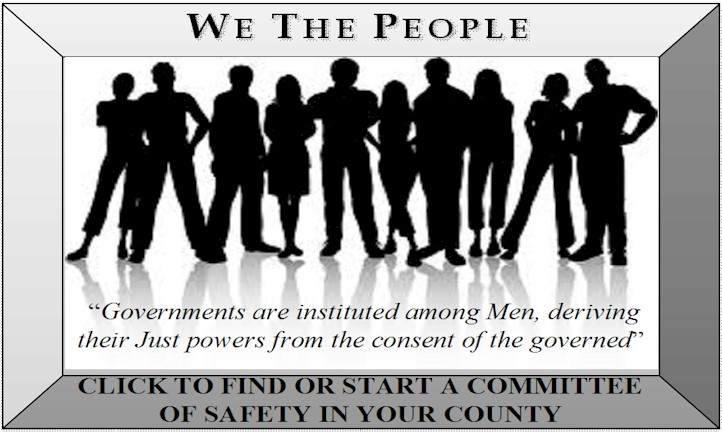 As such, statutes are always subordinate to the requirements of Natural Law and liberty, and the precedents of Common Law.

Statutes serve the people, not the opposite. Accordingly, statutory law has no binding authority on any man or woman without their free and non-coerced consent. In the words of Justice Oliver Wendell Holmes of the United States Supreme Court,

“No law or regulation, even if it is legally valid, is lawfully operative when it is opposed by the free will of the people … Authority without consent is tyranny.” (1927)

Commonwealth of Australia Sheriffs must be the best students and teachers of all aspects of the Common Law, and not function like most police do, as mere statute enforcers and revenue collectors for the State.

The fundamental duty of Sheriffs is to uphold the essence of the law, which is that it does harm to no-one and protects the common welfare.

Conditioned to equate state authority with the law, Sheriffs, like the rest of us, must relearn the very meaning of the law in order to uphold its purpose of ensuring the well being, liberty and dignity of every human being. All Sheriffs will therefore be thoroughly educated in the nature and history of the Common Law and due process in more than a functional way; they must live and breathe it.

The dual role of the Sheriff as protector of the peoples’ peace and defenders of the new Republic need never be in conflict, since the Republic remains lawful and constitutional only when it is based on the non-coerced and active consent and participation of the people. This fact is enshrined in the draft Commonwealth of Australia Constitution Act 1901, which upholds the right of the people to dissent from, oppose and even overthrow their own government. When Sheriffs defend the people and their inherent right to retain their natural liberties, they are simultaneously protecting the Commonwealth.

Authority: Are we “legitimate”?

A response to those who challenge Sheriffs’ authority

What makes any power legitimate?

Quite simply, when enough people make it so, it is so. That “realpolitik” principle has always been at the heart of every great movement for social change.

Power is not the offspring of a supposed “divine will”, or the prerogatives of a king, pope, or other self-appointed ruler. Power comes first and last from a mandate by the free will of the people gathered in a lawful assembly: a gathering made lawful by the agreement of the people to covenant together in a Local Government. That is the source of all legitimate authority.

In Australia, authority is also conferred through the application of the supreme common law of the land, the Commonwealth of Australia Constitution Act 1901.

In turn, any existing authority becomes illegitimate and unlawful when it has attacked or betrayed its own laws or its people, and thereby committed High Treason; or when it has committed war crimes, genocide, illegal wars, or fraud. Such a regime automatically loses its authority and right to govern, and it cannot expect the allegiance of its citizens any longer. The people then have the right, and the duty, to remove and replace such a government. That principle has been upheld in international law for over four centuries, as well as in the Commonwealth of Australia Constitution Act 1901 (via the Magna Carta), the American Constitution, the Nuremberg Legal Statutes of 1950, and the International Criminal Court, established in 2002.

The Australian Government, the Crown, and its sponsor known as the Vatican, all fall within the category of convicted criminal bodies. Their authority has been nullified by international Common Law courts as well as by their willful acts denying the People their laws under the Commonwealth of Australia Constitution Act 1901.

“Australians” do not have the option any longer of adhering to such powers, since to do so is to commit a criminal act under International and Natural Law.

The creation of Common Law Sheriffs by an assembly voting for people chosen from among their community is a lawful act under the Constitution.

Their general source of authority lies in the Common Law itself, and the right of the people to protect themselves and their communities from a clear threat. Such a threat presently lies in the rogue regime called the Australian Government, the Crown of England, the Vatican and their corporate accomplices in Crimes against Humanity.

This issue of the legitimacy of our authority will no doubt arise quickly and is invariably a reflection of peoples’ fear of “getting in trouble” with the existing powers. Most people want assurances and guarantees that something is “real” before getting on board with it. We find that this issue gets resolved in practice, when we push against the status-quo and show people that the so-called “powers that be” are mostly illusory. No power has authority without our consent, whether that be passive or active. When we withdraw our consent, we remove its legitimacy and start collapsing the energy of the status quo by the very act of setting up our own, new authority.