How the Conspiracy between Whitlam and the Queen took Place

How did Whitlam and the Queen conspire to bring this about? It’s all in the letters they exchanged in 1973, as they created the de facto Communist state we live in today. You can read their letters here: 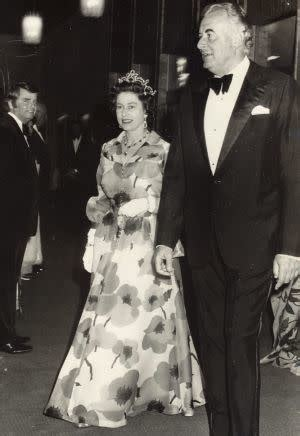 Your Story, Our History, is a story of betrayal at the highest levels, right up to the Crown that we Australians have relied on to protect our rights for so long. This book exposes the conspiracy between EG Whitlam and Elizabeth Alexandra Mary, aka Queen Elizabeth II. Since this deception took place, we Australians have watched our country being slowly destroyed from within. Our riches have been stripped and stolen from us. Our rights have been destroyed, and now we live as abject slaves of a system designed to wield total power over our lives. Sadly, most Australians are not aware of this betrayal. This book printed by the National Archives exposes the whole sorry story.

Who is Ultimately Responsible?

While the corporate government continues to try and fool the people into believing we still have a legitimate government, the politicians must maintain the charade by keeping the form of the Westminster system they have actually destroyed. Therefore, the have had to retain the Governor General as the apparent highest authority of the land.

The only problem is, we have learned that the Governor General’s position was usurped on 2 February 1960 when Viscount Dunrossil (1893-1961) was sworn in as Governor General in Canberra.

The Parliament took the Crown Seal off the Letter of Appointment, and replaced it with the Kangaroo and Emu seal instead; a seal with no Crown authority.

In fact, the Kangaroo and Emu seal was first authorised by King Edward VII on 7 May 1908, and the current version by King George V on 19 September 1912, although the 1908 version continued to be used in some contexts, notably appearing on the reverse of the sixpenny coin.

The Australian Parliament started using it on government documents, and in 1973 Whitlam adopted it for his COMMONWEALTH OF AUSTRALIA, a fictional entity registered to a private corporation in the USA .

Since then, all Acts of Law passed by any Parliament, have been null and void. They do not have the authority of the Crown Seal, because they have not been signed and sealed by a lawfully appointed Governor General.

Despite many attempts to remedy the situation, including trips taken to London to beg the Privy Council to step in and stop the destruction of our Commonwealth of Australia, nothing has happened.

How could it, when we now know that the Crown was complicit in the treason? 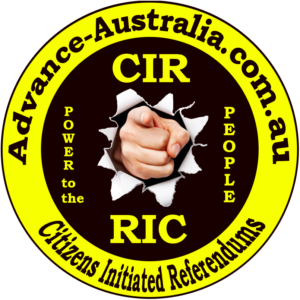 For more information on the Plan for the Future, visit the Advance Australia website