Where do Sheriffs derive their Powers?

How do we ensure that common law prevails and is obeyed?

That question brings us to a key aspect of the Common Law: Sheriffs and Deputies as its police arm, without which it cannot function. The tradition of Common Law Sheriffs is an old one in the English-speaking world: men or women were appointed by and from the local community to detain those harming others, bring them into town or “shire” courts for judgment, and enforce that court’s sentence. In the United States, that tradition is still alive and embodied in locally elected sheriffs who are granted considerable power within their communities.

The role of the Common Law Court Sheriff is fourfold: 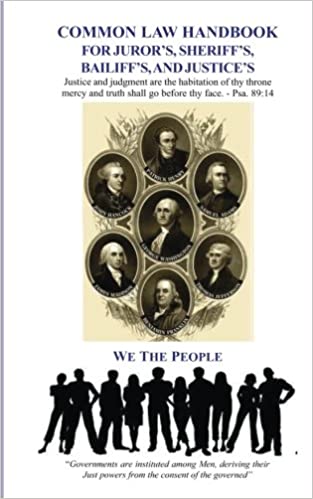 The Sheriff does not perform these duties alone, but with deputies and other agents he appoints to assist him/her. Such a “posse” is another pejorative term that actually refers to an important traditional custom of mobilizing all the able-bodied men in a community to stop anyone who has committed a crime. The word “posse” comes from a Latin term pro (toto) posse suo meaning “to do the utmost in one’s power”.

According to one writer,

“All persons who were the victims of a crime in Anglo-Saxon England were expected to raise their ‘hue and cry’ and apprehend the criminal; and upon hearing their cry, every able-bodied man in the community was expected to do the ‘utmost in his power’ [pro toto posse suo] to chase and apprehend the accused as a “posse.”

The custom of electing community peace officers like sheriffs, in other words, arose from the belief that everyone in a community had the obligation to police and protect their community, themselves and their children. The Court Sheriff is thereby the servant of the people, taken from among them, answerable to and recallable by them, and not an external force over them.

Sheriffs can only be appointed by the members of a community who have created a common law assembly by signing a Charter. Sheriffs are therefore empowered by and directly accountable to the people of the community.

Part of the power of such a Sheriff is that he can deputize anyone to assist him, including other police officers and agents of the very institutions being named and tried in Common Law courts. This is an especially important tactic and action during this, the early stages of the development of our local Common Law courts, since it uses the very strength of the system we are opposing against itself.

To give an example, if a Common Law Court Summons or Arrest Warrant is to be delivered against a church or government official, the Court will order the Sheriff to first deliver a copy of it to the local, existing police agency along with a Deputizing Notice placing those police under the jurisdiction of the Common Law. (See Court Documents in Appendix 4 in the book published by the International Common Law Court of Justice, “A Common Law Training Manual“)

As such, the police are then obligated to assist the Sheriff and must take the same Oath of Common Law Office as the Sheriff.

If those issued such a Notice deny or dispute it, or refuse to take the Oath, they are then ordered to stand down from their position and to not interfere with the Sheriff in his duties. If they agree with the Notice, either directly or through their silence or non-interference, such police agencies are tacitly abiding by the Common Law action, and the normal protection around criminals in high office is suddenly nullified. We should not underestimate the revolutionary consequences of such a nullification: mainly, that the shield around the powerful is suddenly gone.

Such a remarkable encounter is in effect an enormous tug of war between two contending legal systems: a battle of wills, played out in full public view as an enormous teaching moment. Our aim is to create and encourage such a creative confrontation and moral conflict at every level of official society.

This is the bigger and crucial point of such a confrontation between Court Sheriffs and Civil law policemen: a clash that must always be visible and televised to the world as it occurs. For this brings with it a chance for the people to learn directly that those policemen and soldiers who provide the muscle for the system are not exempt from the authority of Common law and must ultimately make a choice concerning who and what they serve. The moral and social impact of publicly posing such a question is inestimable.

On those occasions when this tactic has been tested in Canada and elsewhere, the results have always been the same: the police back off and do not interfere. Time and again, neither the Royal Canadian Mounted Police, RCMP nor the Vancouver police have interfered with protesters who peacefully occupied the churches responsible for the death of Indian children. On one occasion, a senior police sergeant even stated that if the Catholic church had committed such crimes and were served with a Court Order, he would be duty bound to enforce such an Order and arrest those responsible! 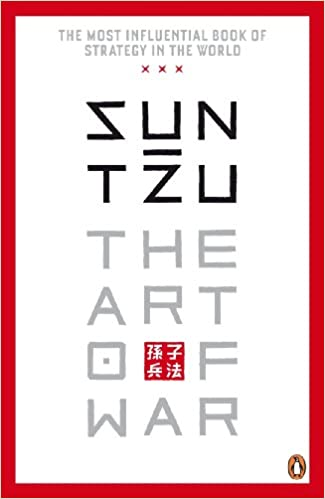 Quoting Sun Tzu, to defeat an enemy one must know them; and such knowledge can only be gained through constant contact. As he says,

Provoke them to learn their responses. Prick them to test their strength and weakness. Do not outfight them, but out think them.~ Sun Tzu

Common Law peace officers return power to the people by making them their own police authorities. In so doing, they challenge the very basis of the status-quo and its elite-based rule, by undermining those unaccountable “armed bodies of men” who constitute the final and ultimate power of the State. The Common Law, in short, is a seed of fundamental social and political transformation, not simply a weapon of self-defense for the oppressed.

Watch the video for a visual presentation: