The right and necessity of citizens to detain suspected or actual criminals has long been recognized under both civil and common law. 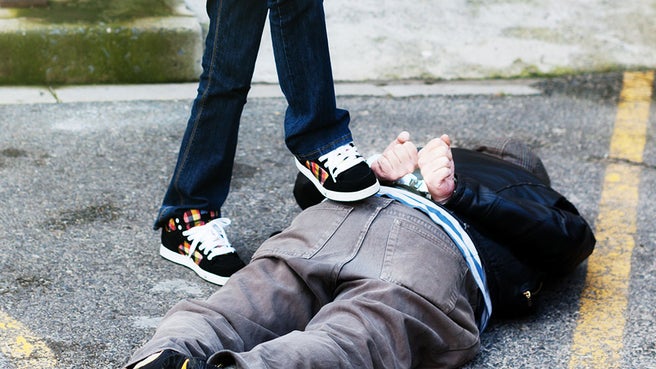 Any man or woman may be arrested without warrant by anyone who witnesses someone commit an offence or crime, even if the person committing the offence is a member of the police:

(b)     when instructed to make a citizen’s arrest by any police officer having power under this Act to apprehend that person; or

(3)     A person who has been apprehended without warrant pursuant to the provisions of paragraph (a) in subsection (1) in respect of any offence punishable on summary conviction (not being an indictable offence that may be heard and determined summarily) and taken into custody shall be held in the custody of the person apprehending him only so long as any reason referred to in the said paragraph for his/her apprehension continues and where, before that person is charged with an offence, it appears to the person arresting that person that the reason no longer continues the person arresting that other person shall, without any further or other authority than this subsection, release that person from custody without bail or cause him/her to be so released and whether or not a summons has been issued against him/her or a notice to appear has been served on him/her with respect to the offence alleged.

Under the same common law custom of pro toto posse suo (see above) that empowers any group of adults to unite and stop those causing harm, the right of Citizens’ Arrest is not restricted or negated by a higher authority because of the recognition that any man or woman has the competence and obligation to see and directly halt wrongdoing in their community.

General guidelines about powers of arrest

The procedure for performing a Citizens’ Arrest is as follows:

Using force when detaining someone

The gudelines in all states govering the use of force in making an arrest is generally the same, but you should check to make sure that they are similar to these:

As a general rule, any force used must be reasonable and proportionate. The circumstances when some level of force may be justified include:

Tips to improve your personal safety when detaining a person

Points to remember for company security

Citizens can normally hand over those they have detained to an authorized Common Law peace officer or a Sheriff of the court. The arresting parties must be willing to appear in court and give sworn testimony concerning their actions.

The crucial importance of the power of Citizens’ Arrest is that it trains and empowers citizens to take responsibility for policing their communities, and for the law itself. It moves democracy from theory to action.