Common Law, being derived from Natural Justice, bases its legal procedures on the centrality of Due Process: the three-fold right of anyone to be notified of the charges being brought against him, to see the evidence in such a suit, and to be tried and judged before his own peers. No legitimate trial can proceed nor can a conviction be rendered if the accused has not been given these rights, and afforded the chance to freely defend himself in a court of law. 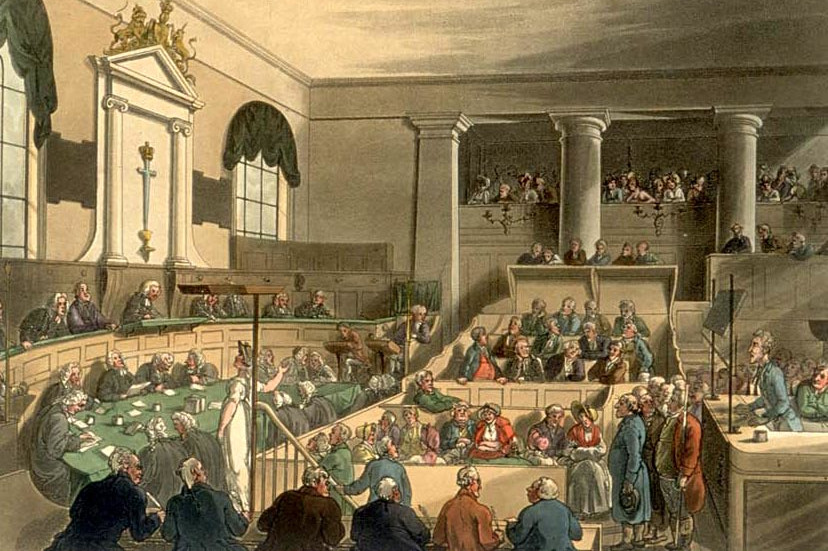 Such rights are based on these fundamental doctrines of the Common Law:

Both sides in a dispute are given equal time to file their statements and evidence, make motions to the Court, and respond to arguments. But to avoid “vexatious litigation” designed to simply harass or disrupt an adversary – which can drag out and impede justice and due process itself – the Court normally sets a strict time limit on pre-trial proceedings, after which the trial commences.

The pre-trial period allows both sides to present their evidence and arguments to one another in order to seek a settlement prior to a Court appearance. This presentation is usually referred to as Examination for Discovery or Voir Dire (“to see and say”) where either party can demand any relevant evidence or document from the other. If Examination does not produce a settlement of differences, then the Court is convened and a trial begins. 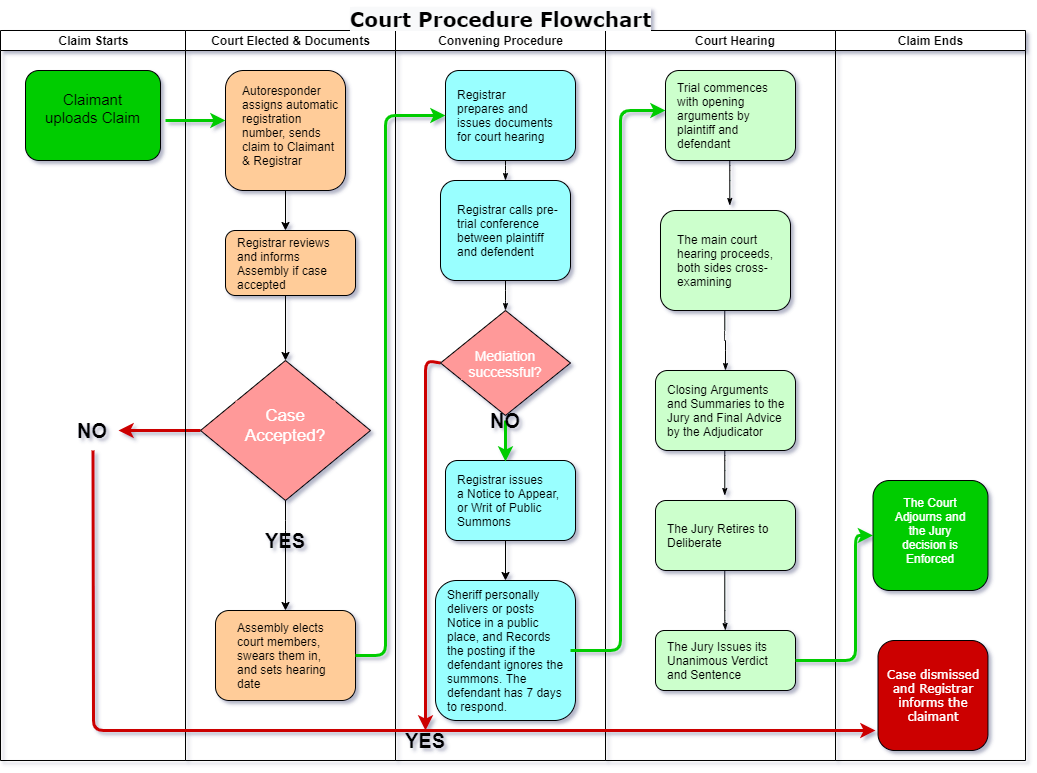 The general procedures and protocols of a Common Law Court are summarized in the following outline, which must be followed by anyone seeking to accuse and try other parties.

STEP ONE: Compiling the Case

A Statement of Claim must be produced by those bringing a case, known as the Plaintiffs. Their Statement sets out in point form the basic facts of the dispute, the wrong being alleged, and the relief or remedy being sought.Next, the Plaintiff’s Statement of Claim must be accompanied by supporting evidence: documents and testimonies proving their case beyond any reasonable doubt. This evidence must be duly sworn by those not party to the dispute in the form of witnessed statements; and it must consist of the original documents themselves, and not copies.As well, anyone whose testimony is used in this body of evidence must be willing to come into Court to testify and affirm their own statement.

STEP TWO: Seeking the Remedy of a Common Law Court; Filing a Notice of Claim of Right

After gathering his case, a Plaintiff must then seek the aid of a Common Law Court and its officers. Such a Court can be brought into being by publishing a Notice of Claim of Right, which is a public declaration calling for the assistance of the community in the asserting of the Plaintiff’s right under Natural Justice to have his case heard through the Common Law, by way of a jury of his neighbours and peers. Such a Notice can be published in local newspapers or simply notarized and posted in a prominent public location, like a town hall or library.

Within 24 hours of the issuing of such a Notice of Claim of Right, any twelve citizens of a community can constitute themselves as a Common Law Court and its jury, and must then appoint the following Court Officers: