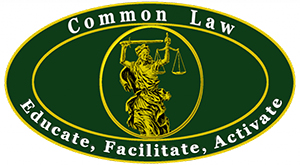 Read this page carefully, as it is important you prepare your case in your own words.

Lawyers cannot represent you in a common law court. You must present your own case to a jury. Failure to present all the facts of the case with corroborating evidence could mean losing the case.

You can ask a lawyer for advice to prepare and write your case before you present it in court. You can also have a lawyer sitting beside you in court to advise you while you present your case. But the lawyer may not say anything to the court or the jury. He is merely an advisor, known in court as a McKenzie Friend.

Why would you start a court case?

If anyone has harmed you or your family in any way, or if you have seen someone break the law, you have grounds for starting a court case.

Before you do, you should think very carefully about why you want to summon someone to court. You need a serious reason for charging anyone with a crime. And you need to know exactly what laws have been broken.

Remember that the law is a double-edged sword. If you start a frivolous case against someone, they can turn the law back on you and haul you into court instead. Courts do not take kindly to anyone wasting their time. It costs a lot of time, effort and money to convene a court. There are many people involved, from the Adjudicator, the 12-man jury (plus substitutes), the court recorder, the Sheriffs and Bailiffs, and any witnesses.

A Statement of Claim is a brief statement saying why you wish to summon one or more people to court.

A Statement of Claim states what your grievance is, who you are accusing, and what remedy you want.

Your claim must name those you are accusing, state their residential address (or business address if residential is unknown), and it must state in plain language what harm they have done to you.

Do not go into detail about the case. You only need to present the simple facts so that the court registrar can decide whether you have a valid case to bring before the court.

These are some, but certainly not all, of the categories of complaint a common law court can hear, but don’t be limited by this list. If you have a legitimate complaint against anyone you can prepare a Statement of Claim for consideration by a Common Law Court:

Before you start writing your claim

The following tips will guide you:

That’s it. Keep it short, simple, and clear. You will have plenty of time to present your evidence when you get into court.

When you have written it, print it out, and sign it at the bottom hand side of the statement. You may add a thumbprint in red ink if you wish, and then save it as a PDF. Then return to this page and upload it trough the form below. 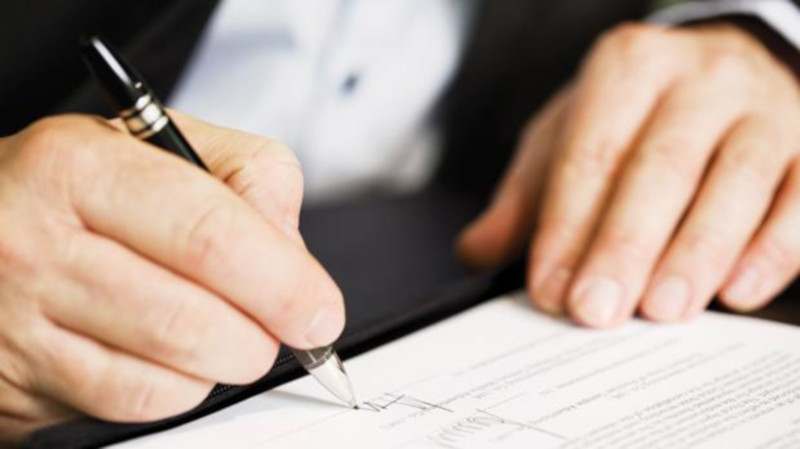 Who can appear before a Common Law Court?

Anyone who has submitted a Statement of Claim describing the harm done to them can appear before a court, and summon anyone involved in doing harm, or who can act as a witness of the harm done to you.

What if you cannot travel, or if the accused does not live in your community?

Who can sign a Claim, and does my Claim need to be witnessed?

Anyone may submit a Statement of Claim to a common law court to ask for a hearing. If the court Adjudicator and Registrar decide you have not presented a claim that can be heard in a court they may advise you what else you need to do to prepare your claim for a hearing.

A claim need not be signed by a witness. A claim is your statement of facts you wish to present to a court, and therefore only you need sign it. Witness signatures do not add any weight to a Statement of Claim.

However, when submitting an affidavit to a court, it must be witnessed by at least a Justice of the Peace or Notary Public. If one is not available, you must get it signed by at least three people who have known you for at least twelve months. These witnesses may be called to testify in court that they know you.

What happens to your Statement after you submit it?

The court members must follow a set of steps that can take months before a court can sit to hear your testimony. This flow chart gives you a brief representation of the steps involved in bringing a Claim to court: 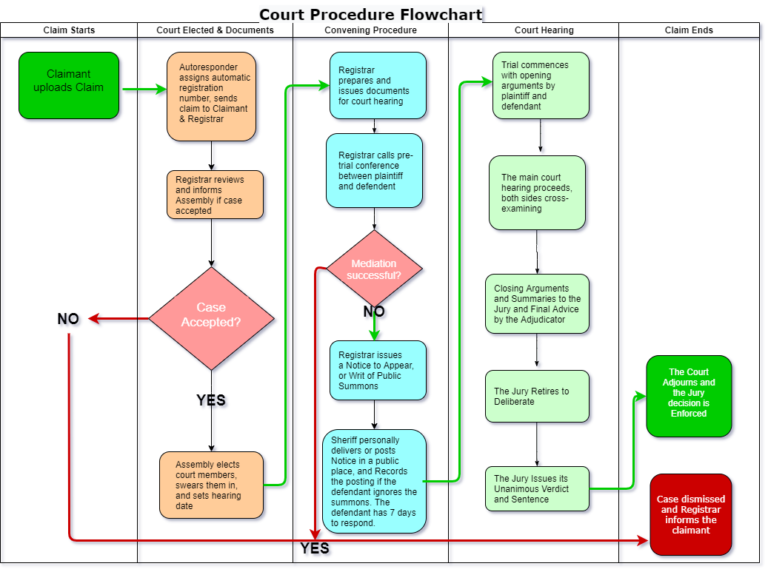